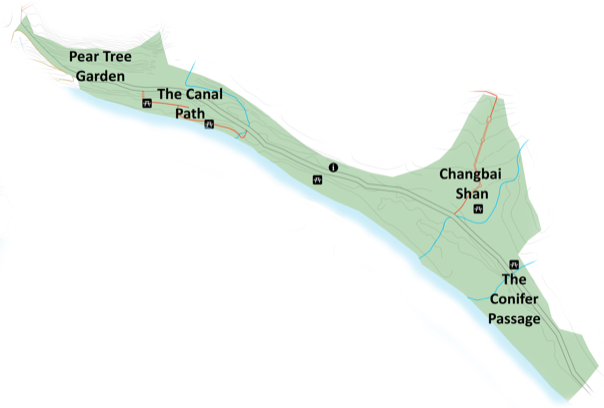 East Asia is a long narrow place where the planting has mostly been done next to the river along the small road that stretches throughout the area. One explanation for this is that a big part of this area is bordering a key habitat which has really steep slopes with much erosion. East Asia has plants mostly from Korea, China, Japan and South East Russia (federal subject Primorsky Krai). Plants gathered in Sakhalin and the Kamchatka Peninsula, more to the north in the place called The Russian Far East were also planted here earlier on. But now that we have a part called Siberia dedicated to Siberian species we want to move as much as we can out of those plants to their rightful place. However the boundary’s of Siberia and East Asia are a bit fuzzy and sometimes they overlap, furthermore a lot of the species exists in both areas.

If you don’t count the tropical and subtropical areas in the south (Southeast Asia), just the temperate areas from China/Taiwan and to the north, this is one of the most rich and diverse places on earth for broad-leaved trees and conifers. In the northern parts, especially on higher elevations and away from the coastline there are climates that closely resembles our cold and snowy Scandinavian climate. East Asian forests as well as the majority of the rest of the worlds forests are situated more to the south compared to Scandinavia. The most north eastern part of China is for example not further north than northern Germany (53°N) compared to Baggböle at 63°50´N. When you move plants that far from the south they are adapted to another day length even though they live in a similar climate as each other. This can affect the hardiness in plants for example the development of buds could either happen too early when it is not warm enough for the plant to sustain them or too late in the autumn. For now we have managed to get at least 230 plants accustomed to our northern climate (spring 2015). Theses are spread out over about 60 different species, click the interactive map to read more about these plants. You can also check out the other sights in East Asia by clicking on the map above. 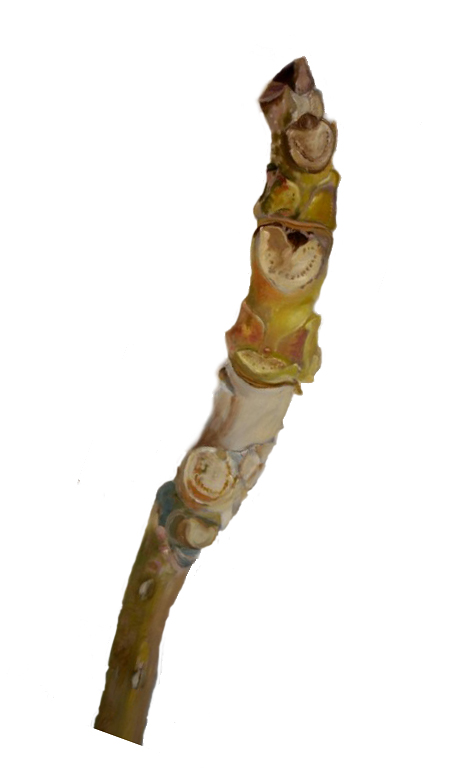